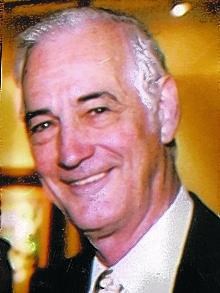 He graduated from Francis T. Nicholls Senior High School in 1953. After graduation he was drafted into the U.S. army in 1958 and served in Korea until 1960. He married his wife of 52 years, the late Judith Brandt Jenny in August of 1968.

He worked for Cameras Incorporated and then Bennett’s Camera pursuing his love of photography and camera equipment. Jerry was an avid guitar player, and also spent much of his free time on his printing press. Jerry loved to create invitations, business cards, bookmarks and unique gifts which in his later life could be found in a variety of boutiques around the city.

He was actively involved in his church, St. Paul Lutheran, in the Bywater. He participated in Men’s Club and sang in the church choir and never missed an Oktoberfest.

He is preceded in death by his wife of 52 years, Judith Brandt Jenny, parents, George and Luella Jenny, and brother and sister, George Jenny and Joretta Honoree.

Family and friends are invited to attend a memorial service at St. Paul Lutheran Church on Monday, January 31, 2022 at 11:00am.

Join us this Sunday!